I heard this theory from a scholarly relative of ours, who said that the British left India not because of Mahatma Gandhi and the freedom struggle; but on account of a pact between Roosevelt and Churchill. When Britain found itself losing in World War II, Churchill asked Roosevelt for support and Roosevelt agreed on the condition that the British must leave India after the war. USA could clearly see that the British had acquired tremendous wealth purely on her access and control of the natural resources and manpower of the Indian sub-continent. And after all, India was the jewel in the crown of the British empire. Letting India go would diminish the British powers and USA can claim supremacy. And post WW2, the resulting decolonisation did wane the powers of the once mighty British empire.

I would have rubbished this idea anywhere else; but here in Dalhousie, you can imagine the grandeur life the Britishers enjoyed, waited on by a retinue of servants. Dalhousie had everything the Britishers missed from home – the cool weather, idyllic setting, peaceful and calm. Why would they let all this go?

The verandah of our cottage 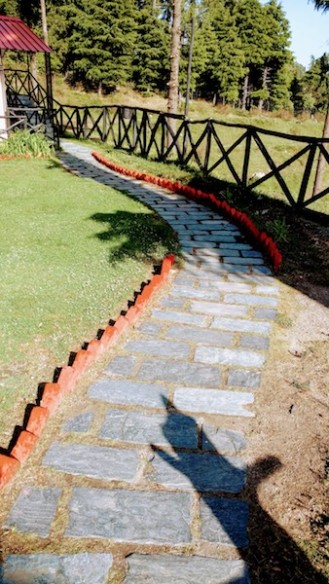 Coming to the present, Dalhousie is still a peaceful “English hill station”. The views from the Aamod resort were beautiful. The resort is a small place, has fifteen cottages; we were in no 14. 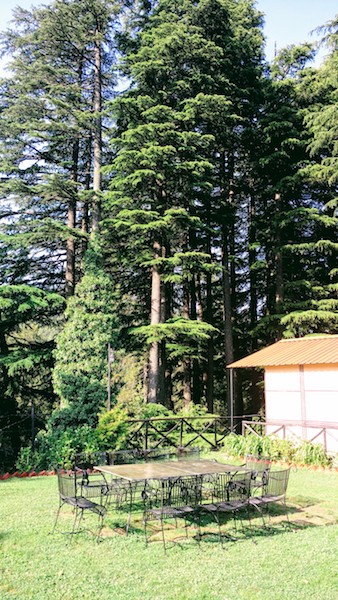 The resort has one restaurant with a spacious outside seating area facing the mountains. The food was really good. The Puris and Chutney sandwiches were standouts in the breakfast buffet. 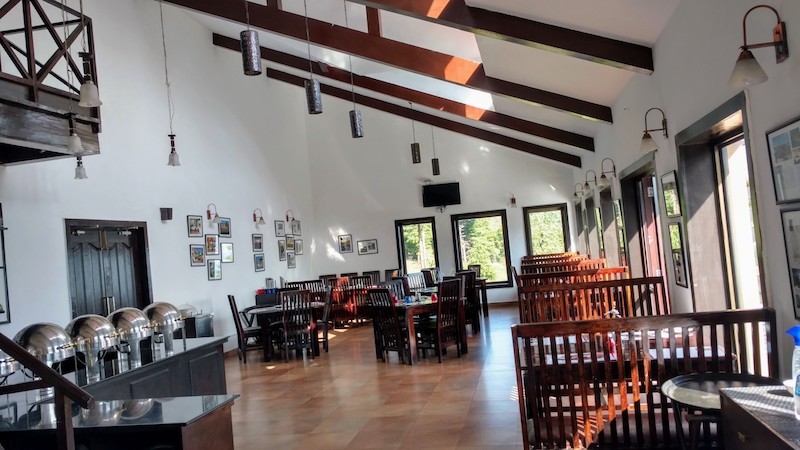 The outside seating for the restaurant

We tried a Himachal no-veg dish called Khatta Meat for dinner – was good. All this food needs to be digested…….this calls for a trek amidst the deodar forests and that’s exactly what we did on Day 2; to follow……… 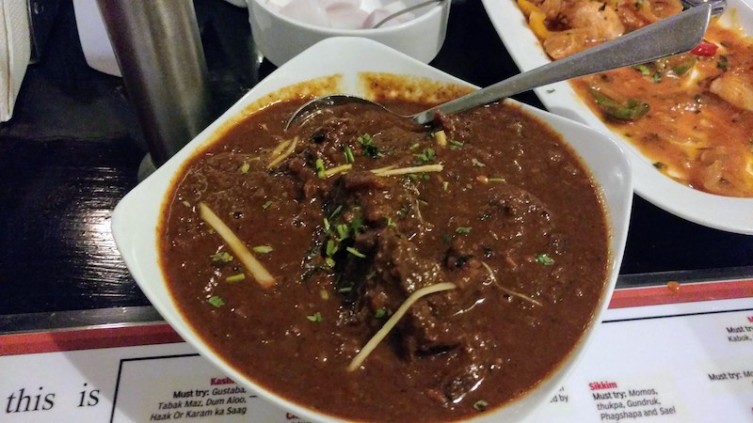 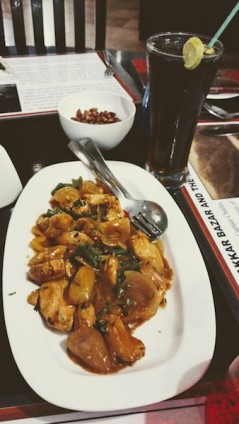