A day of hits and misses. 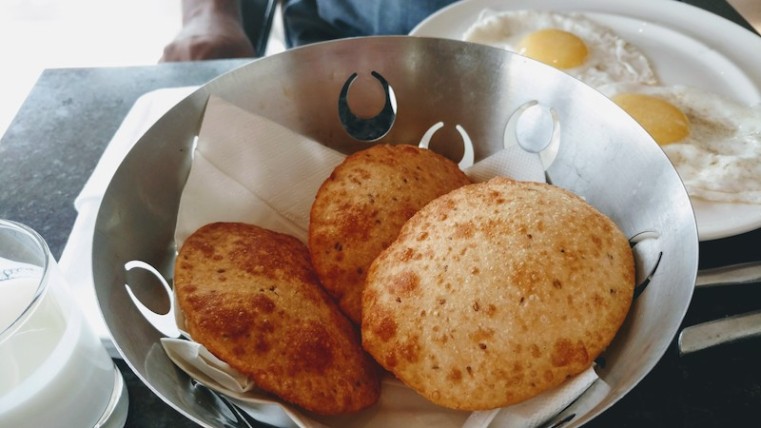 All holidays call for a sumptuous and leisurely breakfast, irrespective of the plans for the day. At Amritsar we tried the delicious Amritsar kulcha and chole, hot Puris, Amritsar masala chai along with the usual fare at the breakfast buffet.

Monday today, the temperature sat at 37°C, hot. The city was bustling and we were off to our first destination, the Golden Temple.

Yesterday, Sunday, when we went for shopping, the roads were relatively empty, most of the shops were closed. But we got the Phulkari dupattas from the shop called Raja Exclusive as mentioned in the prior post and parking was easy; on a working day, the narrow market roads would be teeming with people, rickshaws and vehicles. Amritsar has no residential high-rises, as our driver mentioned, people want villas, where both the land and the house are in their names; plus I guess, there is no dearth of land availability.

The Maharaja’s statue is the first thing that grabs your attention as you walk into the Golden Temple complex.

Our driver, as he pointed out the statue of Maharaja Ranjit Singh, mentioned that the king provided the gold to adorn the Golden Temple. Much of the decoration at the Harmandir Sahib gurdwara (gateway to the guru) – the gilding and marble work was initiated by the Maharaja.

With the decline of the Mughal empire, Guru Gobind Singh, the tenth Sikh Guru founded the Sikh warrior community called Khalsa to fight the invading Afghans and prevent the persecution of the Sikhs. The Punjab region saw the rise of powerful misls or confederacies and these misls were under the control of the Khalsa warriors. Maharaja Ranjit Singh popularly known as Sher-e-Punjab or Lion of Punjab, united the twelve Sikh misls and took over the local kingdoms, to create the Sikh empire. 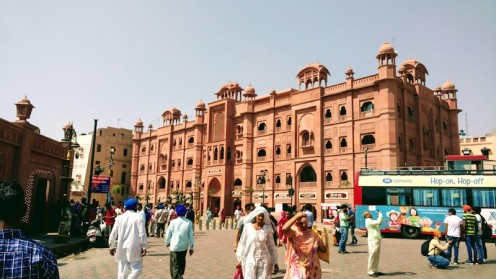 The market place leading to the gurdwara

To enter the Golden temple, you have to leave your footwear outside, wash your hands and feet. And it is mandatory that men and women cover their head with dupattas or scarfs or handkerchiefs. There are guards armed with spears to ensure these checks and maintain order. We were there by 11:00 am; the marble flooring was scorching hot in the blazing sun and it’s a relief to walk along the jute mats laid of the floor. There were many taking a dip in the holy tank. Here’s the first look.

The construction of Sri Harmandir Sahib (The abode of God) or the Golden Temple was initiated by the, fifth Sikh Guru, Guru Arjan.

Sikhism is based on the teachings of Guru Nanak, the first Guru and the nine Sikh Gurus who succeeded him. The tenth Guru, Guru Gobind Singh, named the Sikh scripture Guru Granth Sahib as his successor, terminating the line of human Gurus and making the scripture the eternal religious guide for the Sikhs. The Golden Temple now houses the holy Guru Granth Sahib and hence the most sacred gurdwara.

Below is an interesting story of Baba Deep Singh Ji – The Martyr, his head was cut off in battle and by miracle, he placed his head on his left palm and continued to fight. He reached Amritsar and offered his head to Sri Harmandir Sahib Ji. Gurdwara Shaheed Bunga is in honour of Baba Ji; there are other buildings and sites of significance in the complex including the world famous community kitchen called Langar.

There was a long queue waiting for the darshan inside the temple and the wait could take hours, so we decided against it. We did a circumambulation around the Golden Temple and stepped out.

The massacre at the Jallianwala Bagh is well etched in Indian history and the memorial is well maintained monument. It is located in the gurdwara complex.

Yellow Chilli is a restaurant chain promoted by the celebrated Indian chef Sanjeev Kapoor. It’s located in the posh locality in Amritsar called Ranjit Avenue. Our lunch here was a disaster. The cocktails, entree and even the dessert was messed up. I generally do not comment on bad experiences, I simply leave them out and write only about the good places. But this needs to be mentioned as it was really bad.

An alternative place to eat is the Stars N Bars restaurant in the same building complex. We had lunch from here on our return journey to Amritsar from Himachal before catching the flight back to Bangalore. We had Roti and Chicken Tikka Masala. Good place.

Sex on the Beach 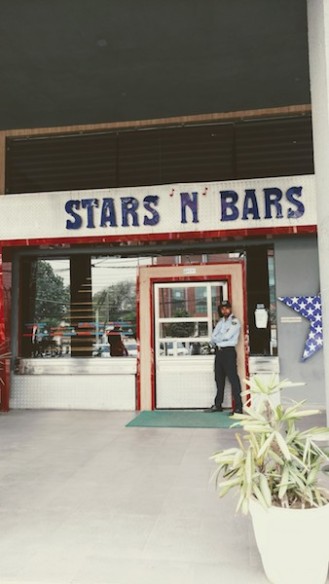 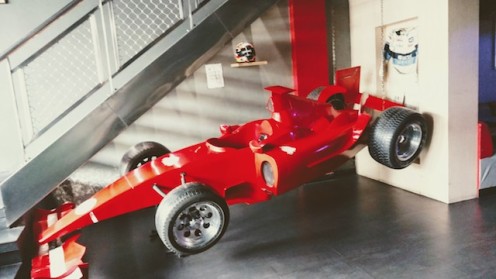 After two and a half hours in the hot sun and the disastrous lunch at Yellow Chilli, my head was throbbing and we cancelled the Wagah border visit. I couldn’t bear the heat. We would have to reach the place by 3:30 pm, be seated by 4:30 pm and the ceremony will begin only by 5:30 pm. It felt too tiring and we returned to the hotel. Our driver mentioned that ladies purses are not allowed at the Wagah border, only camera & water bottles are permitted.

So the Wagah border visit remains pending, but this concludes our Amritsar visit this time and from here we are heading to Dharmshala in Himachal Pradesh.