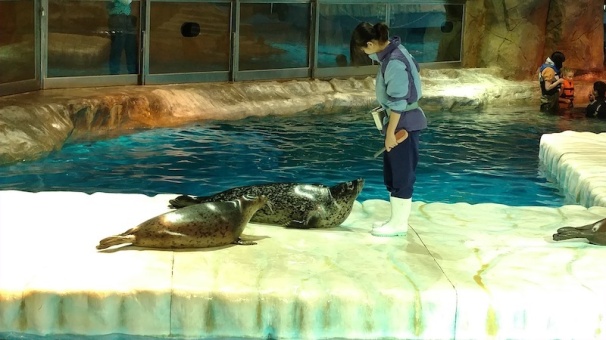 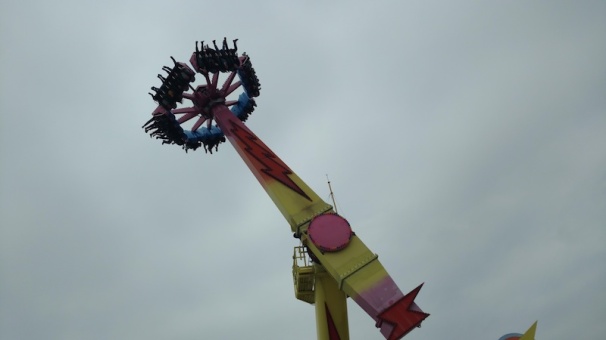 The Flash at Thrill Mountain 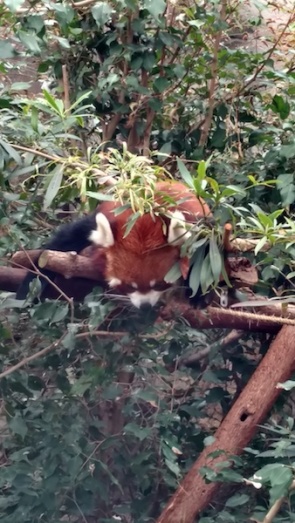 The Giant Panda at the Ocean Park

Ocean Park will be fondly remembered as the place where we first saw the Giant Panda. And it’s also here that we came across the Red Panda.

The Ocean Park has to compete with the Disneyland for footfalls and in order to do so, the Ocean Park has incorporated many themes within itself; it has an amusement park, animal exhibits, aquarium all under one roof. The park is divided into two broad zones – the Summit and the Waterfront. There are two ways to travel between the two zones – the cable car and the Ocean Express train; we chose the latter. The park has everything to keep you occupied for an entire day, but we decided to spend only half a day here and hence were able to explore only half the park. But even then, seeing the Giant Panda made our day.

We started with the Waterfront and the first place was the Amazing Asian Animals exhibit. Here we saw the Giant panda and the Red Panda in an enclosure called the Giant Panda Adventure followed by the Goldfish Treasures featuring a variety of goldfish.

There is also the Aqua City which houses the Grand Aquarium.

We took the Ocean Express train to the Summit and entered the Adventure Land.  We went on the Raging River – a raft ride through waterfalls and if you don’t buy and use the raincoats during the ride, you will get fully wet.

The Thrill Mountain followed; a carnival themed area with many rides, games and restaurants. Here is a roller-coaster named Hair Raiser, but we chose to try the Flash which whisks you into the air as it spins 360º, full circle. At the top you are suspended maybe for 5 seconds with feet up and head down and not once, but twice. You can scream to heart’s content, we went on the Flash twice !!

There is also the Polar Adventure with the North Pole Encounter featuring the walruses and seals and also the South Pole Spectacular an exhibit of penguins.

We had lunch at a restaurant named The Terrace Cafe at the Summit. Due to the lunch hour rush there was a 15 min waiting period.  It’s an open air restaurant with scenic views. Food was nice, but the weather was cold and windy so we quickly gulped down the warm food and were off.

We took the Ocean Express train back to the Waterfront, exited the park, hailed a cab and were on our way to Stanley Plaza. 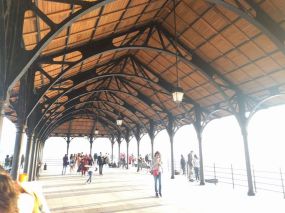 The historic cast iron roof at the Blake Pier 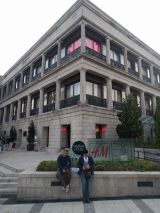 The Murray House at Stanley

Dessert at the Pickled Pelican

The Stanley Waterfront with the Blake Pier

Its a scenic route to Stanley Plaza, narrow winding roads along the mountainside, overlooking the bay; like a scene from a James Bond movie. The cab dropped us in front of Stanley Market, it closes by 6:30 pm. They sell a variety of souvenirs and curios and we made our way through the narrow lanes to the lovely Stanley promenade. We walked along promenade to the historic Blake pier. Though the pier has been demolished and re-built, it’s cast iron truss roof carries a lot of history.

Blake Pier, named after Sir Henry Blake, the 12th Governor of Hong Kong, once served as the landing place for new Governors and British royal dignitaries visiting Hong Kong. The pier was originally covered by a thatched roof, which was later replaced by a cast iron roof. In 1965, when the Blake Pier was demolished, the cast iron roof was transferred to the Morse Park in Kowloon to provide cover for a pavilion. The cast iron roof was then further transferred to Stanley in 2007 and reinstated as the roof cover of the new pier.

The Murray House by the side of the pier is a century old building and houses shops and restaurants now.

There were a few photoshoots in progress on the waterfront with models posing against the backdrop of the beautiful sunset. We had dinner from a charming restaurant along the promenade called the Pickled Pelican. Food was delicious and after catching the last of the sunset we head back to the hotel.